The Jacket (documentary in development)
Ours is a Country of Words (medium lengths documentary, 2017)
Caîni Vagabonzi [Stray Dogs] (short, 2014) 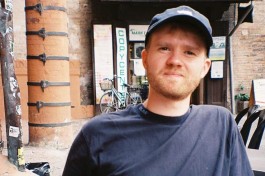 Mathijs studied filmmaking at KASK School of Arts in Ghent and graduated in 2017 with his documentary film Ours is a Country of Words. For this film he worked together with a couple of families in Shatila, a Palestinian refugee camp in Lebanon, to tell a story that balances on the thin line between fiction and documentary. Since then, he has developed several film and video projects as a director, cameraman and editor. At the moment Mathijs is working on his first feature film, The Jacket, in which he will continue and deepen his collaboration with the Palestinian community in Lebanon. Prior to making films, Mathijs had a taste of several different educational systems. He studied at the Youth Initiative Program in Sweden and was a co-founder of Classroom Alive: a 6-month walking school across Europe.